Below are links to marketing tools for our nationally distributed wines. We will continue to update these files and add new selling tools for your use. If there is something you would like to see and can't find it here, please contact us and we'll be happy to get it for you. (707) 967-2667 or kelly@bacawines.com.
Brand Assets
Distributors
Sales Team
Principle Bio's

Below are links to marketing tools for our nationally distributed wines. We will continue to update these files and add new selling tools for your use. If there is something you would like to see and can't find it here, please contact us and we'll be happy to get it for you. (707) 967-2667 or kelly@bacawines.com.

Please Note: that all the Tasting Notes and Shelf Talkers are in Adobe PDF format and the Bottle images are JPEG's. You need to download them first to your computer and then print them out from Adobe Acrobat for PDF's and Windows Photo Viewer or similar program for our JPEG's. We do not recommend printing from a web browser, as it won't print correctly. 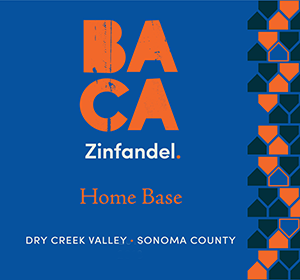 Our Sales Team by Region 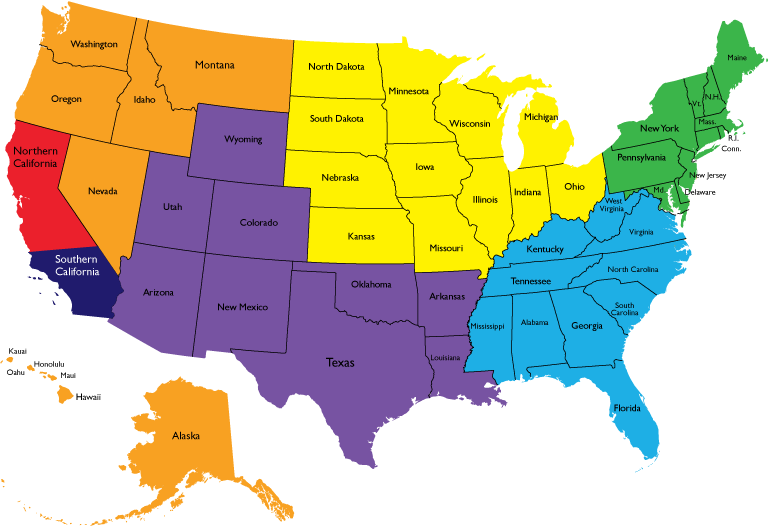 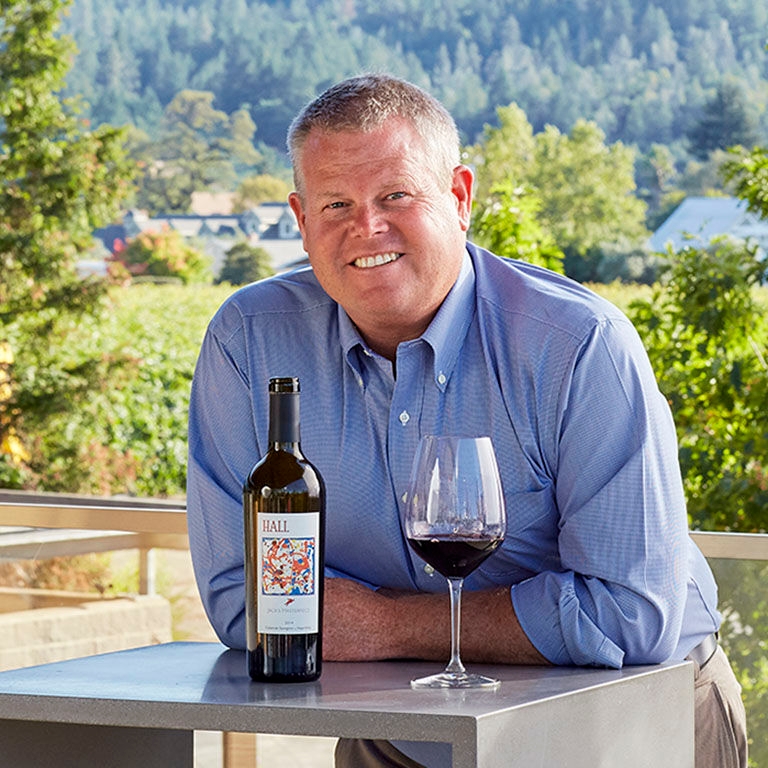 Mike Reynolds began with HALL Family Wines shortly after Craig and Kathryn Hall returned from Austria in 2002. Initially, Mike served as Winemaker and General Manager during the infancy of the HALL winery and was promoted to President in 2006. Since 2002, he has overseen development of the business, including production, vineyards, operations, and construction.
Mike oversaw the design and construction of the state-of-the-art winemaking facilities, tasting rooms, and related areas at both HALL Rutherford and HALL St. Helena, where WALT and BACA Wines are crushed, crafted and bottled. He also leads the vineyard acquisition program for Craig and Kathryn Hall, who own close to 500 acres of premier vineyards in Napa, Sonoma, Mendocino and Santa Barbara counties.
Mike previously worked for Jackson Family Wines where he was General Manager for both the Stonestreet and Verite wine facilities. Before joining Jackson Family Wines, he worked for 11 years at Schramsberg Vineyards in the Napa Valley where he was Winemaker for eight years prior to assuming the additional role of General Manager. Mike holds a Masters of Business Administration from the Haas School of business at the University of California, Berkeley, and a Bachelor of Science in fermentation science (winemaking and viticulture) from the University of California, Davis. In addition, Mike is a Board Member for the California Wine Institute and a member of the Young Presidents' Organization. 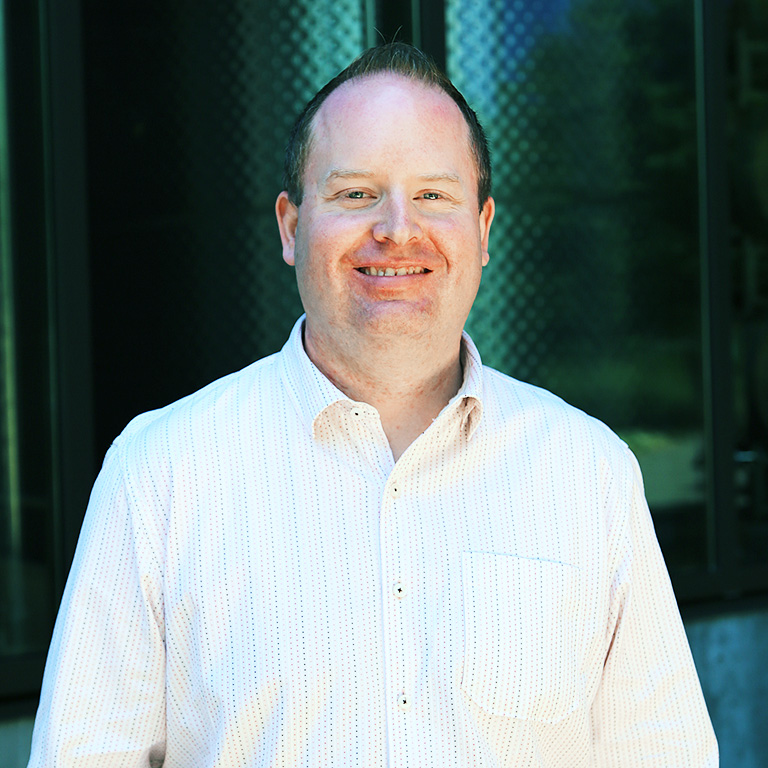 Andrew Lee has been in and around the wine industry for his entire life. Growing up in a family who worked in the business, he inherited his wine passion from those around him. Born and raised in Columbus, Ohio, Andrew moved out to California and graduated from Sonoma State University with a B.S. in Marketing. Andrew’s professional industry experience spans a variety of sales roles at the wholesaler and supplier level, most notably with Wine Warehouse, J. Lohr Vineyards & Wines, Banfi Vintners and recently Deutsch Family Wine & Spirits.
For the past decade, Andrew has been dedicated to On and Off-Premise national accounts, driving distribution and elevating visibility for the brands he has represented. Andrew is a CSS (Certified Specialist of Spirits) and is currently studying for his CSW (Certified Specialist of Wine.) Andrew resides back in Columbus, Ohio with his wife, Brandi, and their children, Jaiden, Noah, Evie, Brecken, & Harper. When he’s not chasing down new accounts or children, Andrew can be found watching the Buckeyes or a variety of Ohio sports teams that provide him regular disappointment.

After eight years managing restaurants including three years at San Francisco-based Morton’s Steakhouse, Jeff Zappelli joined HALL Wines in 2006, helping define one of the most successful Direct to Consumer industry efforts in the Napa Valley. In 2012, with the 2010 vintage, Craig and Kathryn Walt Hall unveiled a long sought-after project –a Pinot Noir and Chardonnay label under WALT which expanded Zappelli’s role to both HALL and WALT brands.
In 2016, Zappelli was appointed General Manager of WALT, making him responsible for the day-to-day operations and strategic planning for the Sonoma-based brand. Zappelli is an active speaker throughout the Bay Area, participating in conversations and panels related to direct-to-consumer trends, wine industry technology, sales as a science, CRM and direct marketing campaign strategies.
Born in Seattle, WA, he attended the University of California Santa Barbara and earned a Bachelor’s of Science in Biopsychology. He currently resides in Marin County with his wife, Veronika, and their three children. 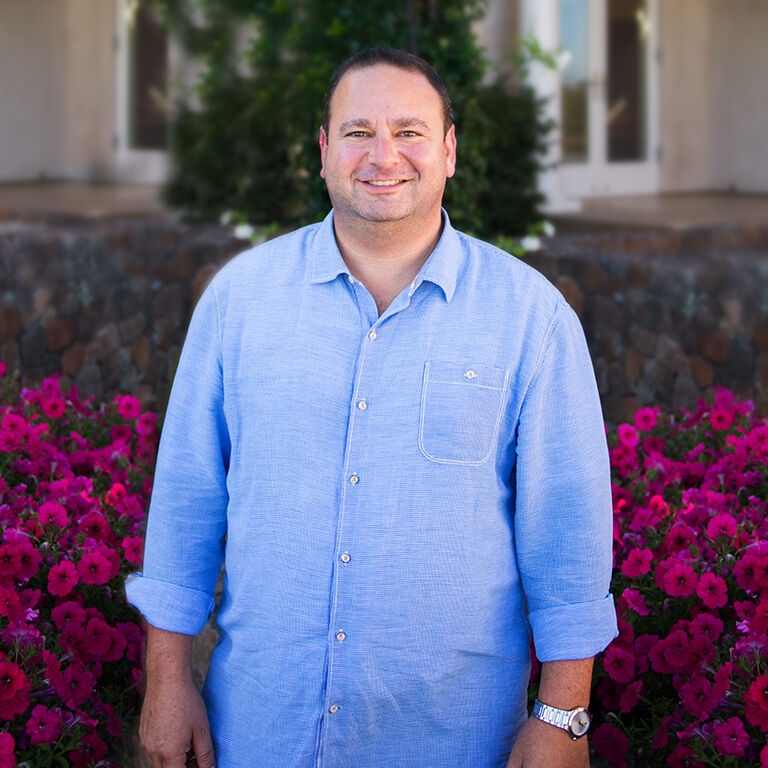 David Greenbaum joined HALL Family Wines in October 2016 as the Southeast Regional Sales Manager, overseeing distribution and trade relations in 12 states, as well as the Caribbean. In January 2019, David moved on to become California Regional Sales Manager. Prior to his role with the company, David spearheaded distribution and sales efforts as the Luxury Division Manager for South Carolina, overseeing 85 international and domestic luxury wine brands. David has spent the majority of his career in the hospitality industry, working at some of the region’s most notable restaurants. Originally from South Florida, David studied Food and Resource Economics at the University of Florida. He resides with his wife Tracy in Napa Valley.

Ryan Williams is a hospitality veteran. He began his career with his own catering business, Williams & Wynn beginning in April of 2003. He went on to enroll in the wine program at The Professional Culinary Institute in January 2007, led by Master Sommelier David Glancy. He completed the course in March 2007 as a Certified Sommelier through the Court of Masters Sommeliers. Ryan began a position as Assistant Wine Director in December 2007 at Ana Mandara Restaurant, San Francisco, transitioning to Wine Director in June 2008 until it’s closing in November 2011. Ryan was the Assistant General Manager/Wine Director of Dixie Restaurant in the Presidio from May 2013 through October 2013. Ryan arrived at HALL Family Wines as a Wine Educator in October 2013. He also served as the winery sommelier and trade host. He moved into the Visitor Center Manager role in 2015. Ryan is currently the Northern California District Manager for the wholesale team.

Erin Hamada-Bigelow started her luxury fine wine career in 2006 with Breakthru Beverage Distributor in Washington, D.C. representing HALL Family Wines and launching the first vintages of WALT Pinot Noir. During those eight years, she managed a territory of fine dining On Premise accounts and was promoted to Fine Wine Division Manager. In 2014, she joined Duckhorn Portfolio as the Mid-Atlantic District Manager and returned to her hometown of San Diego in 2016 to take a position as the Regional CA Sales Manager. She currently holds a WSET III with merit and graduated Cum Laude from the Elliott School of International Affairs at the George Washington University.

Over the last 14 years, James has worked for Southern Wine & Spirits, Constellation Brands, and Round Pond Estate. He has experienced all sides of the distributor and supplier industry, from small family-owned wines to large corporate brands. These experiences have influenced his career direction. "I enjoy working with wines that have a sense of place, a story but also for people that make you feel like part of a family." James brings a vast amount of experience, knowledge, relationships and ‘street cred’ to the Northeast Manager role. James played college lacrosse at the University of Hartford. When not locked into business, James enjoys spending as much time as he can with his family. "My wife Jaclyn and I have two amazing children, Dylan and Gabrielle who keep us busy every free minute we have."

Chad Nuzum joined HALL Family Wines in August 2012 as our Central Regional Sales Manager. Prior to joining the team, Chad worked for four years on the distributor side. During his time there he had experience selling Diageo, Constellation, LVMH, and Gallo to retail accounts.  Chad joined the fine wine division and became a key account representative handling high profile restaurant and retail accounts.  He moved to Dallas in 2012 and continued working within the fine wine division before joining HALL Family Wines. Chad received his bachelor’s degree in Business Management with an entrepreneur focus from Louisiana State University. His territory includes nine states within the central region.

Daric started working in James Beard award-winning chef-driven restaurants through college in Grayton Beach, FL after graduating from Florida State University College of Business with a degree in Business Administration and Marketing. He then went on to manage a small chain of independent high-end spirit and wine shops in the beaches of North Florida. He left the world of wine and spirits to become a salesperson for VoIP telecom software company Acredo Technologies. After, he began at RNDC (Republic National Distributing Company) as a general market on-premise salesperson for both wine and spirits in Panama City Beach, FL and was promoted to Area Manager Luxury Division overseeing all of South Florida and the Panhandle regions. Daric is a CSW (Certified Specialist of Wine) CSS, (Certified Specialist of Spirits), WSET 2 with Sake qualification. When he is not working, he enjoys travel, water sports, and spending time with Daisy, his beloved Basset Hound. Daric joined the company in February 2019 and is our Southeast Regional Sales Manager.

Tony Gatti is a 10 year industry veteran with an eclectic background. He began his wine career managing an all-Italian wine importer on St. Croix in the U.S. Virgin Islands before relocating to the Chicago area in 2013. Since arriving in Chicago, he has managed regional business for Codorniu and Quintessential Wines. He as become a certified sommelier by the Court of Master Sommeliers and holds a WSET 4 Diploma in Wine and Spirits. He also teaches both the French Wine Scholar and WSET curriculums for the American Wine School.

Keep in touch with BACA